This post is different from usual because it does not discuss home design, this time there is an interesting discussion, namely online games for children. All children will love games because it makes them happy and also trains their creativity and imagination. There are lots of games developed by game developers that can be played on computers or smartphones, as technology develops there are games that can be played without having to download and install them, namely online games that can be played in a browser, most of these games use html5 technology, unity web player and construct.

Here are the best free online games according to the author of rumahunieq that can be played for free on your browser, all children will love it.

Stack pancakes and fruit such as bananas, strawberries, apples, and many more to find a tall pile of pancakes to give to hungry guests, avoiding all obstacles so that your pancakes don’t fall.

This is a horror game inspired by playtime poppy huggy wuggy, in this game is in a dark building and trapped there. Find 5 dolls scattered separately in the building so they can get out but be careful not to meet and get caught by huggy wuggy

This bike game is inspired by the shooter character of the squid game, there are several levels that you can play. Collect all the coins scattered separately in various places to get the highest points. Drive your bmx bike through obstacles by jumping, turning and turning like playing a real bmx bike.

Minecraft game is very popular and many people play it all over the world, this is an online version of the Minecraft-like game that can be played for free. Use your imagination to build buildings using existing blocks. There are no dangerous enemies in this game so you can build buildings without worrying about enemies attacking.

Run rich 3d is a casual game that has gameplay where you make choices in your life that can make you rich or poor, you will keep going and you can’t stop even for a moment so make choices by moving your character left and right. Choose to study, find a job, save, invest in order to become rich.

This game is very funny because you have to collect food while rolling and get very fat while passing the obstacles. If you hit obstacles such as thorns and walls it will make your body thinner and smaller so that you are like a person who eats a lot and becomes slim due to diet. There are 5 levels that must be completed before getting the prizes, these levels will certainly be more difficult with many obstacles.

This is a simulation game of making ice cream in summer, all kids will love ice cream because it is sweet and cold. Follow the instructions in the game to make the ice cream you want, from choosing the ice cream, putting the dough in the cooler, and decorating it.

This game is inspired by the children’s toy pop it and the game among us which are very viral all over the world, the high price makes children only able to collect a few items. in this game you can feel you have pop it in various forms such as, among us, pop it, unicorn, robot, and many more. In the real world, pop it can be used to relieve stress by pressing on bubbles to make them pop!

Bridge race is a casual game with interesting gameplay where you have to go around looking for blocks of the same color as your character to build bridges so that you can climb to higher ground and advance to the next level. There are 2 opponents who are also trying to build a bridge so don’t lose to them.

Use your imagination to design your dream home, starting from designing the front view of the house, designing rooms, designing living rooms, kitchens and bathrooms. Choose paint colors, wallpaper, tables, chairs, floor tiles and other furniture to make a beautiful design. This game is great if you like interior design to practice your design skills.

This is a very popular multiplayer game where you have to collect food to make your worms grow bigger. Be careful not to hit other worms because you will lose and become their food, on the contrary if there are worms that hit you it will become food that you can eat. Your worm can also move quickly to avoid opposing players, the bigger your worm, the higher the score and it’s not easy.

The body race game is similar to the fat 2 fit game, which is about gathering food to become fat, the difference here is that we have a predetermined weight goal. For example, our goal is to weigh 80kg, so you have to collect food so that your body can be fat and your weight is around 80kg otherwise you will fail to complete the level. If your weight exceeds your goal, don’t worry because you can lose it by eating low-calorie fruits and vegetables.

Count master is a casual game that combines the themes of running games and the math of addition and multiplication. all you have to do is enter the math gate to multiply troops to defeat the enemy, so you can win and reach the finish line then your number must be more than the enemy. Your troops will keep running and can’t stop so you have to make quick choices to enter the addition and multiplication gates.

This is a very suitable game for girls where you will be the owner of a spa salon and there are customers that you have to serve. There are several spa services that you can provide including foot spa, leg spa, back spa, hand spa, facial spa, and hair spa. Follow the instructions on how to do the spa service and make your customers happy.

Those are some of the best free online games according to rumahunieq, start playing and get rid of your boredom. All games is free and can be played without download and install on your computer. 5 Inexpensive Carport Ideas to Save Your Money

Nice Tips •
Spread the loveHaving a car doesn’t always require a garage. If your yard is enough to accommodate a car, you… Nice Tips •
Spread the loveIn the modern era, growing plants is done hydroponically. It means reducing the need for land, using only… Nice Tips •
Spread the loveHave a small garden, and you want to have plenty of plants in your backyard? The solution is,… Nice Tips •
Spread the loveIf you have open space on your roof, you better turn it into a rooftop or roof deck.… Nice Tips •
Spread the loveStone walkways installation is an enchanting way to level up the overall look of your yard, especially if… Nice Tips •
Spread the loveAs much as you like to have activities at some outdoor spots of the house with your family,… Nice Tips •
Spread the loveAre you dreaming of having an artistic-looking gardenscape walkway, but need to save your budget to make it… Nice Tips •
Spread the loveHaving neat and beautifully arranged yards is everyone’s dream. But, not everyone has the time and energy to… 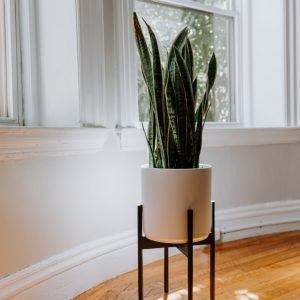 5 DIY Plant Stands Ideas to Brighten Up Your Living Space

Nice Tips •
Spread the loveWhile plant stands in the market seem promising, you can create your DIY plant stands and add your… Nice Tips •
Spread the loveWood is still the leading choice for making containers for growing ornamental plants at home. Many people like…

We use cookies on our website to give you the most relevant experience by remembering your preferences and repeat visits. By clicking “Accept”, you consent to the use of ALL the cookies.
Do not sell my personal information.
Cookie SettingsAccept
Manage consent

This website uses cookies to improve your experience while you navigate through the website. Out of these, the cookies that are categorized as necessary are stored on your browser as they are essential for the working of basic functionalities of the website. We also use third-party cookies that help us analyze and understand how you use this website. These cookies will be stored in your browser only with your consent. You also have the option to opt-out of these cookies. But opting out of some of these cookies may affect your browsing experience.
Necessary Always Enabled
Necessary cookies are absolutely essential for the website to function properly. These cookies ensure basic functionalities and security features of the website, anonymously.
Functional
Functional cookies help to perform certain functionalities like sharing the content of the website on social media platforms, collect feedbacks, and other third-party features.
Performance
Performance cookies are used to understand and analyze the key performance indexes of the website which helps in delivering a better user experience for the visitors.
Analytics
Analytical cookies are used to understand how visitors interact with the website. These cookies help provide information on metrics the number of visitors, bounce rate, traffic source, etc.
Advertisement
Advertisement cookies are used to provide visitors with relevant ads and marketing campaigns. These cookies track visitors across websites and collect information to provide customized ads.
Others
Other uncategorized cookies are those that are being analyzed and have not been classified into a category as yet.
SAVE & ACCEPT